Joined Jun 22, 2012
·
60 Posts
I've got a 2005 LS Sedan with the Victory Red paint. 134K miles and still going strong. Summer 2014 I had a single spot on the hood that started to have the clear coat peel away slowly. I power washed all the extra bits off, and used some clear coat spray to patch it in hopes of stopping it. Early 2015 I notice 2 spots on my roof on opposite sides are losing the clear coat as well. Since then I've lost about 25 percent of the clear coat on my roof. Everytime it rains water gets under the clear coat, bubbles it up, and then destroys it and it flakes off in pretty sizable chunks. It's not fading, it's like the clear coat just noped out of being on the car.

I seem to be finding new spots every week or so now. I've had one in the past week that went from not existing to being 8 inches across of clear coat just gone. The spot I patched also started to grow again and interestingly, it's doing it in the exact same place on the other side.

I guess I'm more just ranting and curious if anybody else is having this problem. I see a few Cobalts that are starting to lose some clear coat, but the sheer speed that mine is doing it is alarming and I take pretty good care of it. Most of the ones I see peeling are pretty beat up already.

My trunk and doors are starting to go to. Interestingly, where it's not peeled, the paint still looks really good. Pictures below. I live in Kansas and the car hasn't been garaged since I got it at 94K miles.


Left side of the picture is the original spot. One on opposite side and middle showed up the same time as the roof stuff. 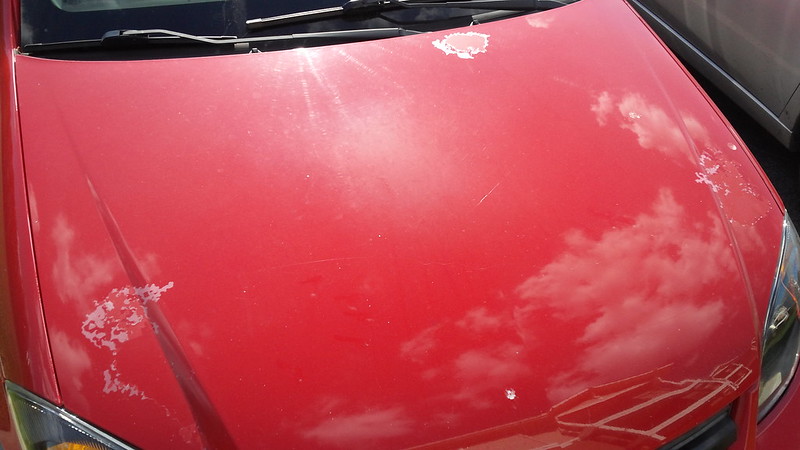 These patches doubled in size in the course of a single rainy week. Just ridiculous. They're even bigger now as these pictures are a couple weeks old. 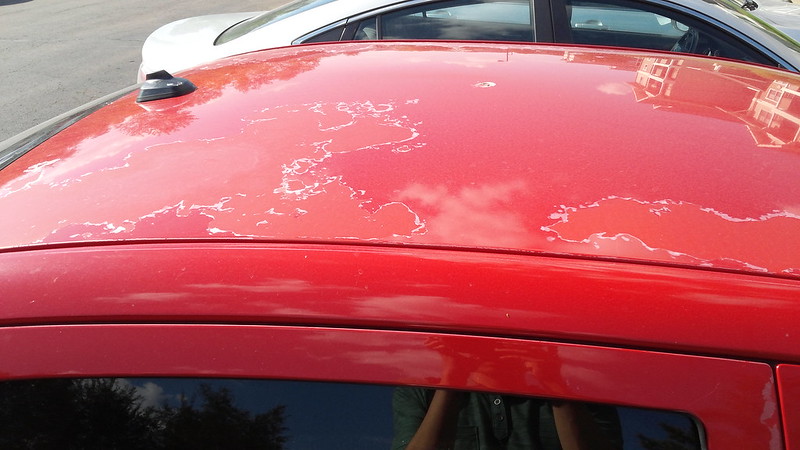 20150928_160656
This is the driver door and the only part where it's fading rather than actually peeling. It's looked bad for a while but is getting noticeably worse too. 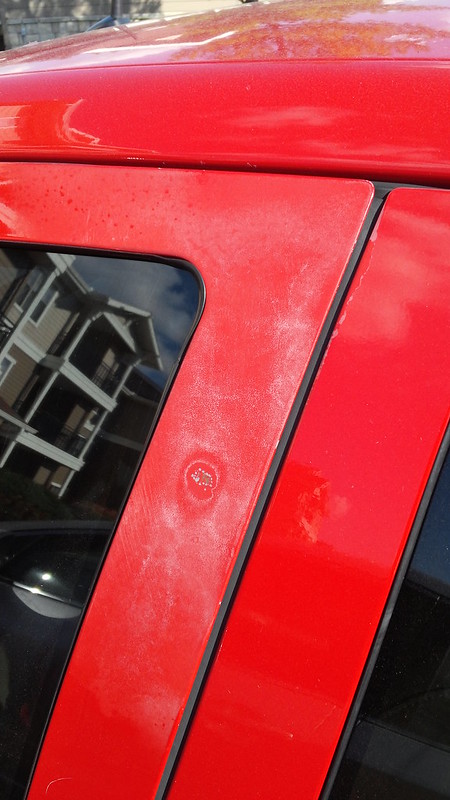 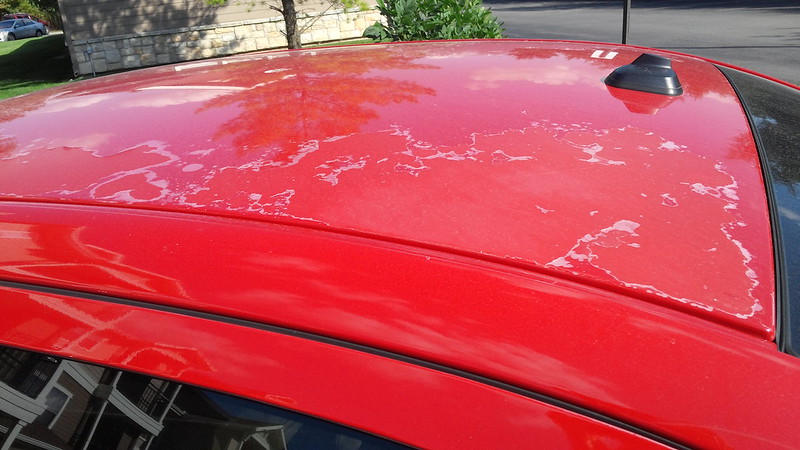 Joined Jun 22, 2012
·
60 Posts
That's... kinda bad I'd say. There's a guy in my complex that drives a red (same shade) 95 Grand Am and his clear coat looks way better than mine but I can tell that car has way more miles and is in general much rougher shape. I know these cars aren't the epitome of quality, but to have that much clear coat just wet the bed after only a decade is pretty sad IMO. The vast majority of 2005 cars, from really any car maker, have way better paint than this.

It wouldn't bother me so much but it's doing it so incredibly fast and all at once in different areas of the car, that it makes me think it wasn't sealed properly or something. Shrug. I dunno.

Joined Mar 14, 2012
·
3,127 Posts
Peeled off of my old cobalt too shortly after I gave it to my brother. He just got the car repainted because of it
D

Joined Mar 23, 2013
·
153 Posts
My clear coat was good in all areas except the structure under the drivers door. Then I went from New York to Alabama for a 3 month course, and the clear coat all over the car seemed to peel in patches all over the car. I don't know if it was the temperature difference or humidity or something else, but I now have patches like you have, and it has happened since January of this year. It seems that once it starts to peel, it goes quick.

Joined Jun 22, 2012
·
60 Posts
I would repaint it, but any paint job is probably going to be a good percentage of the total value of the car at this point. Glad to hear I'm not the only one though, I guess.

After each rain I powerwash all the flakes off and wax it. It looks okay until it starts peeling up again. The red in the peeled areas still looks good. For now. Just not glossy anymore.

Joined Jun 22, 2012
·
60 Posts
I could get the whole car PlastiDipped for $500 or so. I've got some friends that do it professionally and run a small business. Might explore that option, but not sure it's worth it.