Car previously would run for a short period of time then wouldnt start, no fuel pressure at the rail (February, literally died when I was out buying a Valentines gift for my wife, not a good day).

Now when I try and start it I get a P0230 Fuel Pump Primary Circuit and no start no fuel pressure after changing the pump etc. I replaced the relay and swapped the fuse (which was fine but did it anyways) double checked it was in the correct slot. I visually inspected the ground on the engine (G105 I think it's called, saw this in several other posts), no corrosion just some light road dust/dirt, etc nothing that would cause me to think it was a problem. It did for a short while, build fuel pressure and try and start and then almost immediately die then suddenly stopped doing that. I also cannot hear the pump running when the key is turned now. I replaced the battery (old one was toast). No change in condition.

The wiring connector on the pump did get a little melted near the tip where the pump was melted but the terminals inside the connector looked undamaged so we re-used it. I'm going to check tonight to make sure the ignition is getting power to rule out theft deterrent system (saw in another post).

I'm suspecting a bad PCM but not sure how to test for that. I'm really banging my head against the wall on this one. :frown2:
R

So I'll reference the points of testing to the pins as numbered on the fuel pump relay but what we were testing was the fuse block. We found that pin #30 was the hot lead (constant 12v power = battery voltage). We found that pin 86 was at 1.8millivolts, essentially zero. Pin #87 was 0V (this is the pin that powers the fuel pump. The most strange one was pin #85 has a constant voltage of 10.X volts. I believe this is the pin that is connected to the PCM. We also verified that pin #86 was making ground at the G101 ground position.

So the way I understand it is that (when operating correctly) the PCM applies voltage to pin 85 which energizes the relay and switches 12v from 87a to 87 (from #30) which then turns on the fuel pump. When I manually applied 12v to the pin #87 position the pump kicked on and pressurized the fuel rail to ~58 psi and the car would start and run until it ran out of fuel. We also manually grounded Pin #86 with the relay installed and key on (just to further eliminate grounding as a possible issue) and no fuel pressure, tried to start and it wouldnt as you would expect.

Just a quick visual of what I'm explaining above, sorry for the bad handwriting: 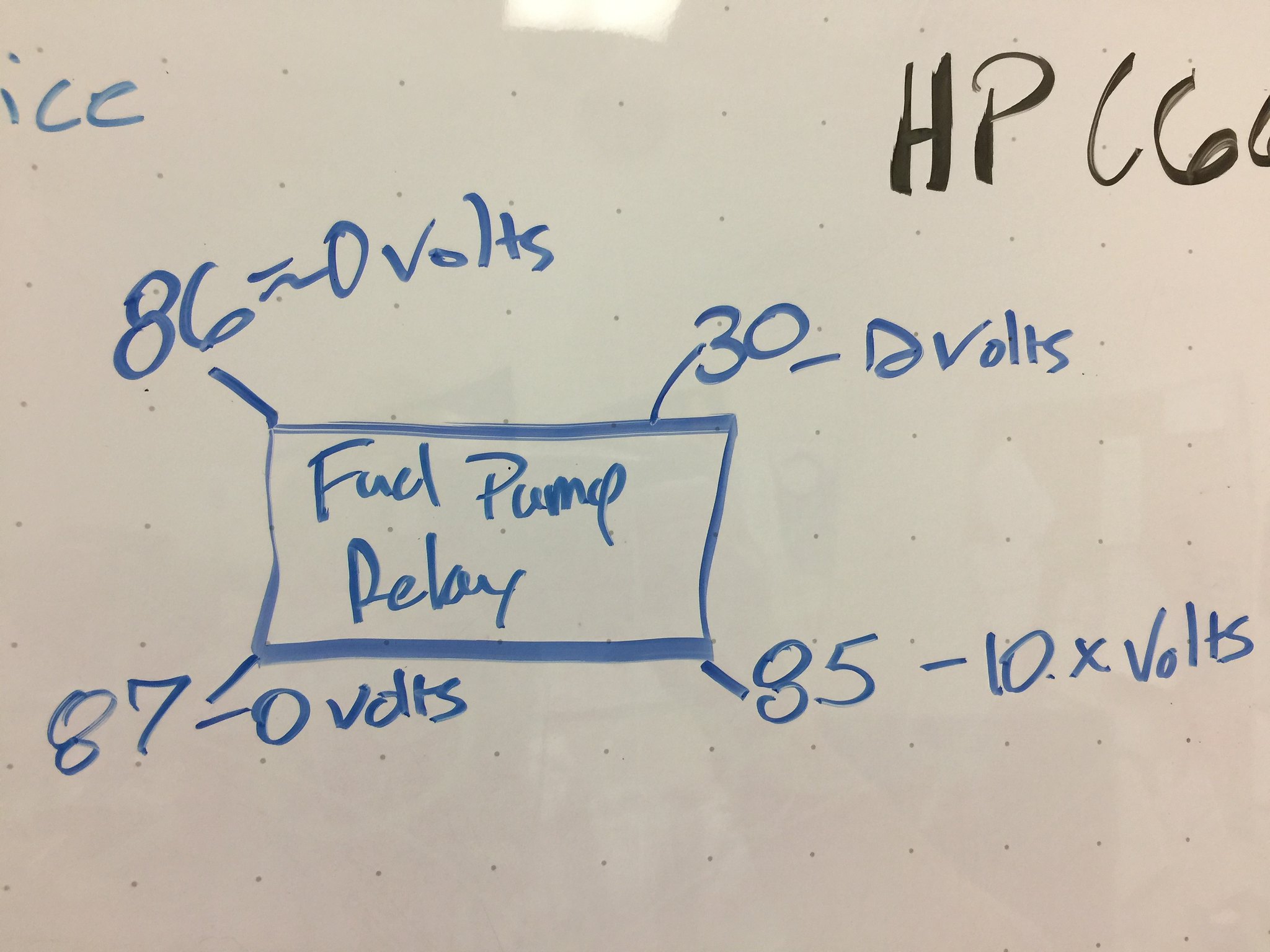 So my question really is, what is the normal voltage of pin #85 with the key off? I doubt it's supposed to be ~10.5 volts constant. Also when we measured the voltage starting with the key off it was ~10.5 volts and did not change with the key on. What I would expect from pin 85 would be 0 volts with the key off and then when the key is turned on for it to jump to 12v (battery voltage) for 2-3 seconds to prime the fuel system. After eliminating a lot of other possibilities I'm quite sure that the PCM has a short in it on the fuel pump circuit. @Coby7 is my assessment correct?

Also as a side note, I intentionally tried to be as detailed as possible for future people running into this problem. Hopefully I help some other poor tortured soul in the future LOL.
R

Joined Mar 6, 2017
·
20 Posts
Update: I had my brother check his cobalt and measure voltages from the different connections to the fuel pump relay.

It appears that pin 85 is actually the ground connection and pin 86 is the PCM connection (again referencing my poor white board drawing above). So now it's time to search for a melted wire somewhere because my ground has voltage.

Did I ever mention I hate chasing wiring problems?
R

Isolated the problem to the fuse block/box itself. After getting it out and taking it apart (with a bit a cussing and a few pieces of broken plastic) I found the issue. See pictures below. 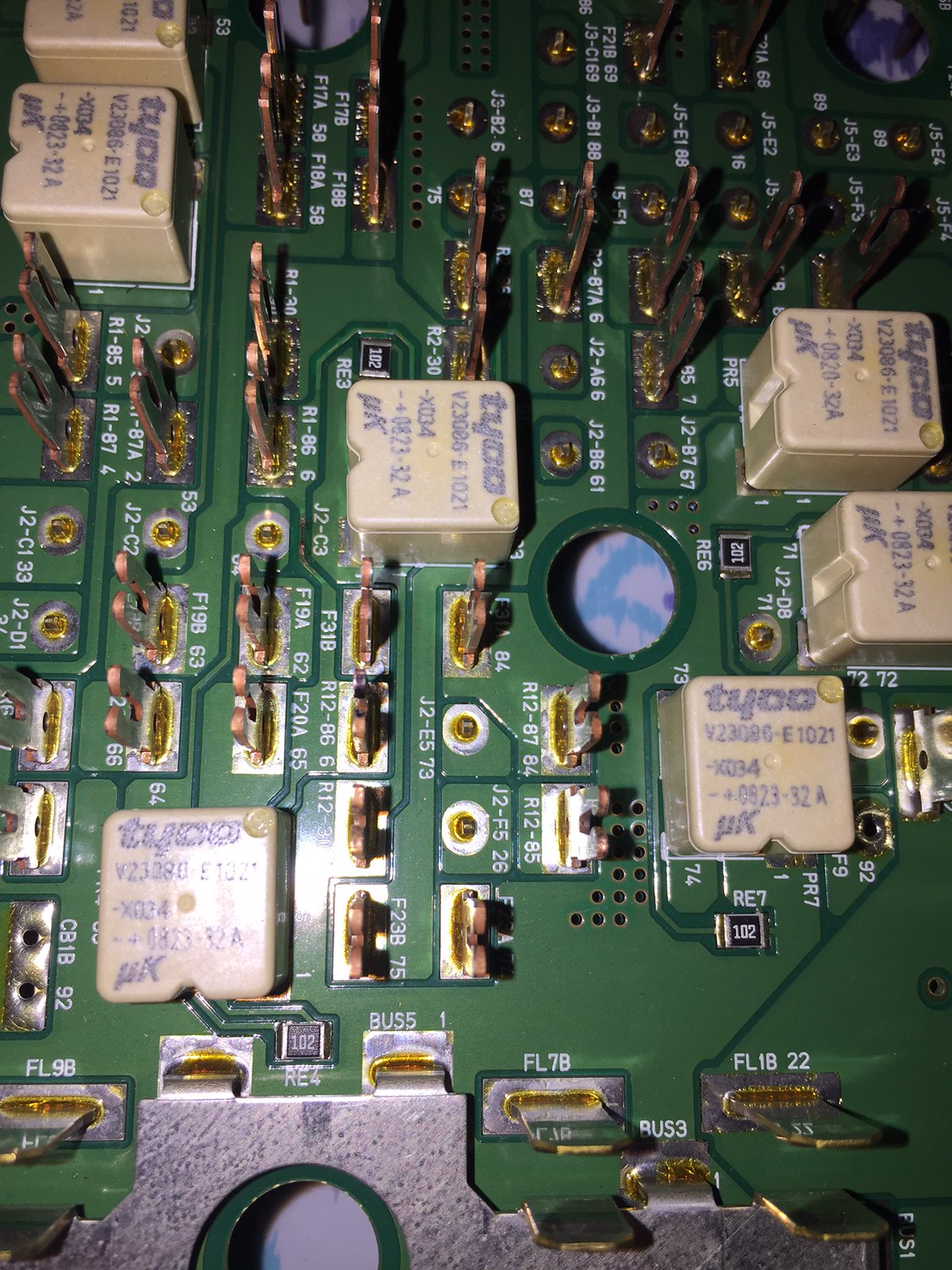 This is a zoomed in picture of the burnt trace on the fuse block circuit board. My theory is that when the fuel pump burned up it also burned the trace which essentially left the fuel pump relay ungrounded and non functional. 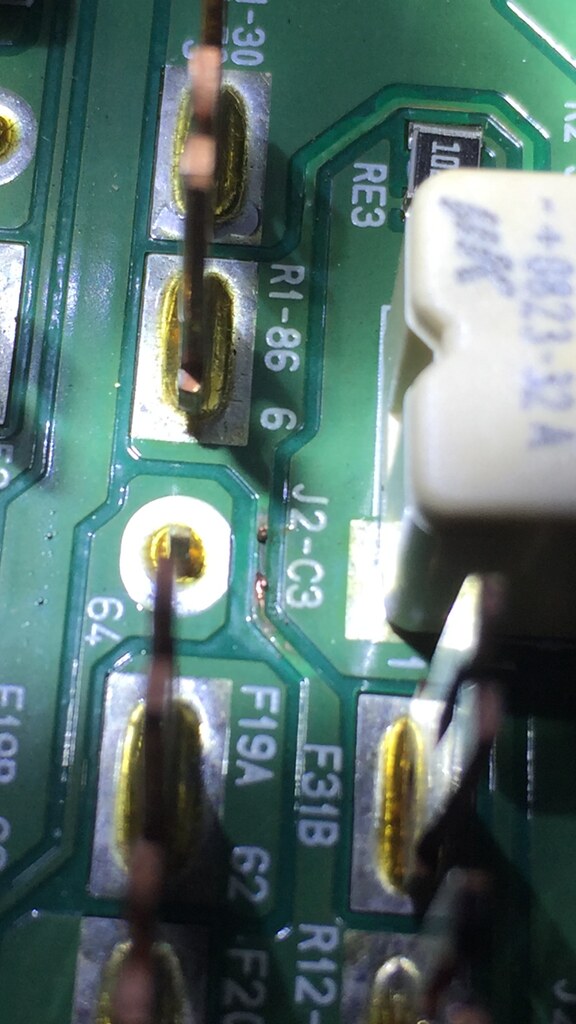 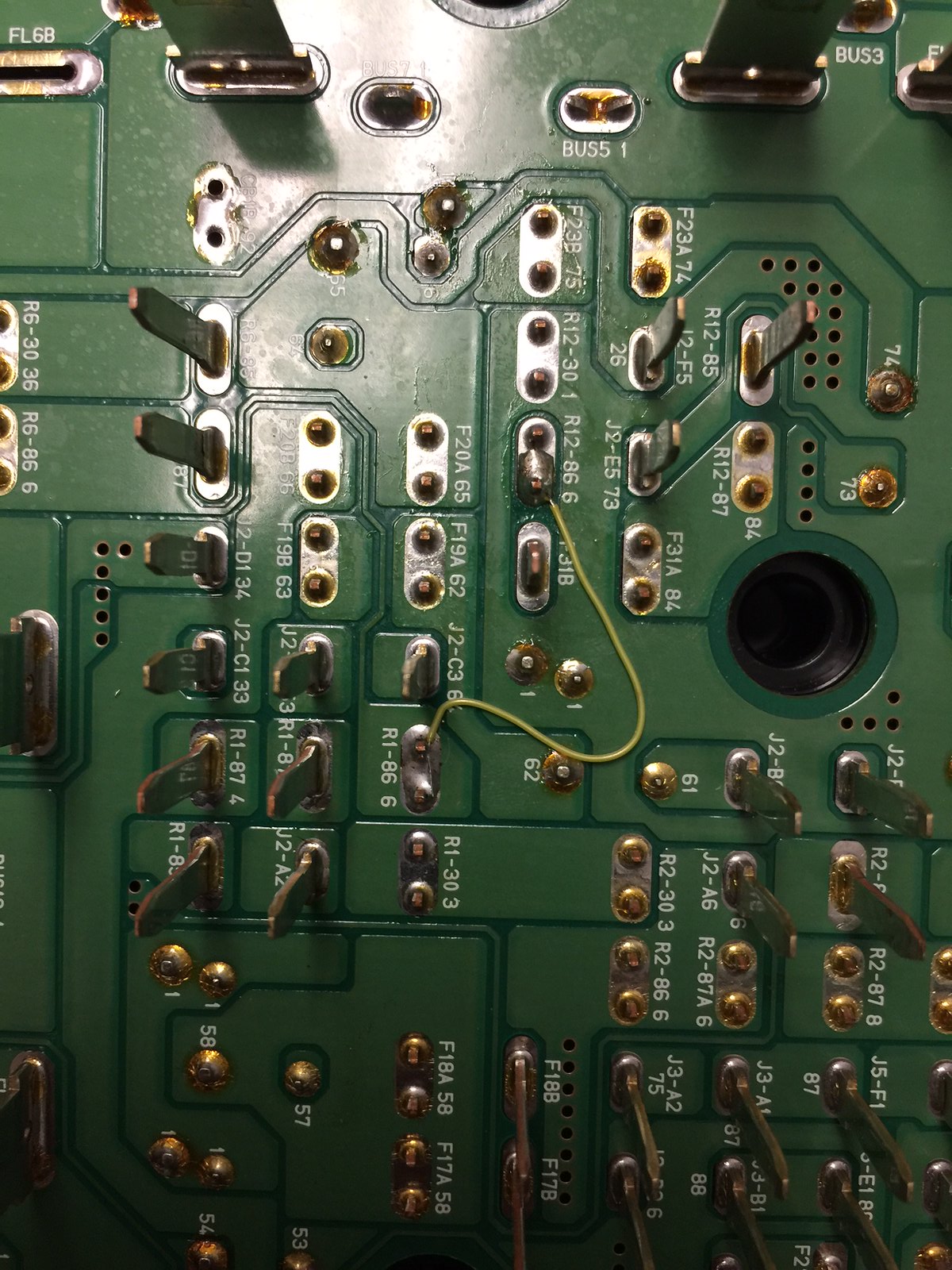 Going to re-install everything tonight and see how she does. Of course after I super glue the pieces that I broke off the fuse box. :grin2:
R

Joined Mar 6, 2017
·
20 Posts
Ok, all is back together and running again! Reinstalled the fuse block with my repaired circuit board and she fired right up with no codes. Saved myself some dough by having a guy I work with fix it. Well hopefully no one else has to go through what I went through to find/fix this problem or at least if they do they can learn from my hours and hours of testing with my meter. :nerd:
A

Joined Feb 11, 2016
·
6 Posts
This one hell of a post, your perseverance in a wiring problem AND finding AND VERIFING the fix is nothing short of FANTASTIC! Awsome pics, inculding the white board! This should be put in a sticky or some sort of locked state for future reference! Well done!
R

Alien Visitor said:
This one hell of a post, your perseverance in a wiring problem AND finding AND VERIFING the fix is nothing short of FANTASTIC! Awsome pics, inculding the white board! This should be put in a sticky or some sort of locked state for future reference! Well done!
Click to expand...

Thanks man, I really appreciate it! I just hope to help someone else down the road.
1 - 7 of 7 Posts