Evo X or the New Sti 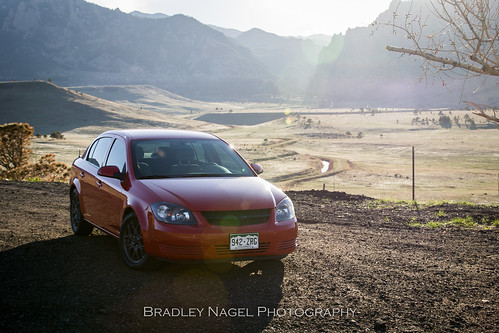 Joined Dec 6, 2012
·
428 Posts
Are they both about the same with performance and technolegy

Joined Apr 29, 2011
·
658 Posts
Sti! Sti! Sti! Hatchback because... idk why, I like em better? Looks I guess. My parents used to have an old subi station wagon and it was bad ass however it was ugly as hell
► Show Full Signature
2007 LS Manual Coupe:smilie_flagge13:
http://www.yourcobalt.com/forums/vehicle-showoff/34218-batmobile-2007-ls-mchenry-md.html
R

Joined Nov 29, 2010
·
115 Posts
Subaru's new designs are so bland, front isn't bad but the back of the sedan is so generic it could be a Kia from the 90's. I've always liked the STi so it pains me to say that. The hatch is better I guess but it looks too "boy racer." Legacy looks awful too, the previous gen was worlds better.

So, Evo I guess lol.
► Show Full Signature
My Ride

derekhollister said:
Are they both about the same with performance and technolegy
Click to expand...

This is wrong. The STi performance wise and technology wise is no where NEAR the Evo X. The Evo X is the only US car to get the active YAW controller built in, which is how they handle so well. They may be "identical" from the factory, but they are no where the same.

I may be biased because I own an evo, but for someone who has been building race cars, race engines, and tuning cars for over 10 years, I can tell you this, the STi isn't even on the same level as an evo, and that's just not from me, it's proven, and still proven all the time. Honestly the only reason you'd want a subie is ride comfort (seats are more comfortable), and better out of the box off roading capabilities. Anything on pavement tho, the evo DOMINATES. It's proven, just do a little research.
► Show Full Signature
'09 SS/TC - Stolen
Mods - Injen CAI, CIA MAF Relocate CP's, Dejon FMIC,
Custom 3" DP, 3" Exhaust, GT3076R, Pioneer AVH-4100DVD, Hurst STS, ZZP triple pod, Autometer Cobalt boost/DPIC/WB gauges, Nitto NT05 245/40/18's, H&R Springs, 80:20 Meth Spray
Future - KSport Kontrol Pro Coilovers, 10% Tint, FMIC spray
538whp/501wtq @38 psi on meth and 93 oct on stock ish motor

<a target="_blank" href="http://www.syndicateoftuners.com ">Syndicate of Tuners Official Page! Up and going again as of 1/11/13</a>

Joined Dec 6, 2012
·
428 Posts
Ya that's what I've read that the Evo out performs the subi. What Evo x would be best to get? The MR or the GTR i think the GTR because it's a manual but I kinda want a six speed but that's only with the paddle shifter

<a target="_blank" href="http://www.syndicateoftuners.com ">Syndicate of Tuners Official Page! Up and going again as of 1/11/13</a>

Joined Jun 20, 2011
·
1,145 Posts
Its really 2 levels of different vehicles, You should research for which drives you the most.
SUBARU IMPREZA WRX STi
1. being Subaru, most award winner of the WRC out of the 2, since the WRX is rally inspired, STi model that took almost a decade to hit the shores of the US market.
2. Subaru's technology of the Horizontally opposed engine, giving the engine a lower center of gravity along with their signature A-symmetrical differential, while keeping the engine/transmission in the center of the vehicle is best designed for any opposing road condition and proper delivery to each wheel in the AWD system.
3. Here's their flaw: The STi is a brilliant design, but it is not to be heavily modified in the aftermarket world. You will not hear any statement about Subaru's boost issues in the Impreza family of class when your cranking it up past 20psi, their transmission is not the stoutest compared to the Mistubishi Evolution (the helical gears and gear teeth are known to have issues once your hitting past the 450hp mark).

MITSUBISHI EVOLUTION X
1. Great car, overpriced for its name, drives superbly, and yet after the EvoVII first launch with transmission issues, they finally laid down a great car.
2. MMC's (Mitsubishi Motors Company *JDM*) have a 25 year+ history of the 4g63 engine block dating back to the Cyborg Evolution, released in Japan and Europe only in the late 80s. They have spent countless time building a 2.0L to cram out the best in fuel economy, performance, and longevity. Mitsubishi has had a horrible past with the US Domestic market with the FWD 3000GT, Starion, and everyone's favorite problem car in the 90s-2000 range, the Eclipse. The Eclipse turbo FWD and AWD was the only US car to share the 4g63 along with other in-on companies (Eagle Talon, Plymouth Laser). Ford bought out their design in the 90s to build their v6 version called the Mercury Cougar. Later on, Mistubishi redesigned the Eclipse and slapped that ford v6 engine and then Mitsubishi had lost almost all hope in the tuning world. The 3000GT VR-4 and Eclipse Turbo were the only 2 top cars they produced until the talk about the US version Evo coming to the shores. So there's a bit of history of Diamond Star Motors aka Mistsubishi.

Out of the 2, its based upon which manufacturer you would gain the most trust in, best quality of craftsmanship, and of course, warranty. If I had to choose, I would stick with the Evo, the STi is starting to wear off its name in the tuning world and designs are too focused towards the rally only inspired versus the average daily driven street car.
► Show Full Signature
2009 Cobalt LS XFE U74
Mods: K&N Typhoon Intake, Option Cat-Back Exhaust, Cosmo Short shifter, Maxxim Ahead 17X7's, MPx shorty antenna, FE5 Strut/shocks, Tein S Techs, Moog endlinks, Moog spring seaters, ZZP shorty header, LSJ downpipe, LNF front grille

Joined Mar 20, 2013
·
3,860 Posts
While I understand the Evo is the 'better' all around car in ideal conditions, however, coming from a country where the 'ideal conditions' are few and far between, I'd have to go with the STi. I once had to help push an Evo X out of the snow, it ended up taking 4 grown men and a tractor to yank it out, where as it took my plain little FWD 30 seconds of shoveling and a traction aid to accomplish the same feat, hardly something I'd even dare to compare with a rally car. That being said, I believe the Evo belongs on a track, the Subie can go anywhere. Plus they don't offer any silly automatics in the Sti, bonus for us purists.
► Show Full Signature
'07 Eclipse GT build thread - 280whp, 254wtq

Joined Jan 16, 2008
·
3,783 Posts
I only want a bugeye WRX so I'd go with the Evo. I see too many STi's that it killed them for me. I mean there is a good share of Evo's here too but the evo has grown on me.
► Show Full Signature
My Gone But Not Forgotten Cobalt(s) Show off